A Wedding Anniversary – Best of 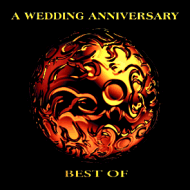 Contains previously unreleased material and Smash Hit, ‚THE MAN FROM THE HILLS‘.

Founded in 1988, A Wedding Anniversary could be described as one of the leading influences for the French Gothic – and Independent scene. Their live gigs with Fields of the Nephilim, their wonderful compositions (incl. underground radio hit ‚The man from the hills‘), based on late Eighties New Wave culture and last but not least their fable for the poet Dylan Thomas make A Wedding Anniversary a band with a great future. This compilation shows the story so far.